Fresh release from D-Coy, “Nandito Lang” is a song dedicated by D-Coy to Hip-Hop and inspired by his Fans and Supporters who continuously supported him in his entire career. In this song, he collaborated with Vince of South Border to add vocal element that the song needed. “Nandito Lang” is another classic song in the making for all Hip-Hop fans out there. Enjoy! 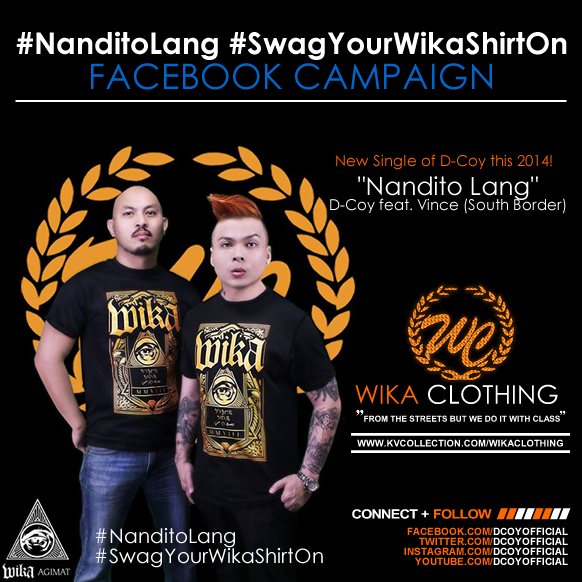 Check the new designs of Wika Clothing at: www.kvcollection.com/wikaclothing