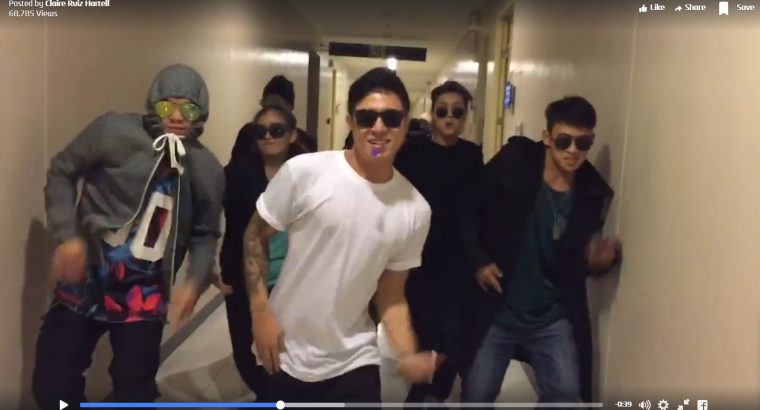 A new dance video is starting to get viral after a member of the Rock*Well Dance Crew posted their laidback dance routine version of “Ignition” by R. Kelly. The dance video was posted by Claire Ruiz Hartell yesterday (June 26, 2016; Sunday) at around 2:12 PM and immediately gathering more than 64 thousand views in a span of […]

Congratulations to “A-Team” from the Philippines for an impressive performance and bagging the Mega Crew Gold Medal at Hip Hop International’s 2014 World Hip Hop Dance Championship which was held on August 5 – 10, 2014 at the Red Rock Resort in Las Vegas.   The 2014 World Hip Hop Dance Championship has over 275 crews, representing 48 nations with […]

Listen to the audio interview of Ricky Carranza, one of the pioneers of Philippine Hip-Hop Dance. He talks about Hip-Hop Dance and how it is to Filipinos in an interview by Annalyn Violata of SBS Australia. The interview is in Tagalog. Check out the original source for more details: http://www.sbs.com.au/yourlanguage/filipino/highlight/page/id/310146/t/Hiphop-Dancing-innate-to-Filipinos/in/english   Watch out for Dance […]